Satisfaction of customers, users of PWP WILPO products, is deemed as an unquestionable major achievement of the Company

Satisfaction both from technical level of the offered devices (correctness and high reliability, long exploitation period) and from quick and professional service of these devices.

Not less significant is the Company’s position at the market of devices for coal parameter survey. Our position is solid and unquestionable what is proved by a dozen or so of new devices each year delivered to the mining and energy sector.

A number of professional publications in conference bulletins, granted patents on innovative designs as well as following domestic and foreign patent applications, and at last the awards and distinctions obtained for innovative solutions of devices are considered as further achievements of the Company. 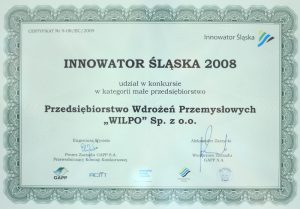 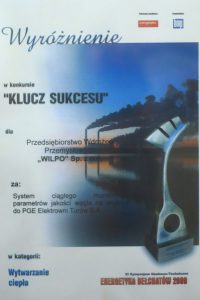 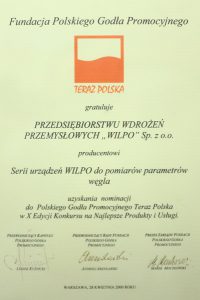 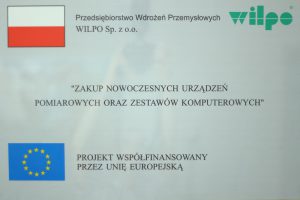 PWP WILPO participates in the main fairs in Poland – International Trade Fairs For Mining and Power Industry in Katowice. Moreover PWP WILPO has made substantial financial efforts to take part in various special-purpose fairs in many places in the world, such as: ELECTROMINING’92 in Johannesburg, Republic of South Africa, AIMEX’95 in Sydney, Australia, BRNO’97 in Brno, Czech Republic, CHINA COAL & MINING EXPO 2005 in Beijing, China, and UGOL ROSJI & MINING 2007 in Nowokuznieck, Russia. Participation in these fairs allowed to establish many interesting business contacts that are hoped to assist in introducing WILPO products into the foreign markets.

An important success is the range of production offer with which the company PWP WILPO can at present day go to its customers, as well as the number of industrial implementations of devices realized during years of its activity. At the end of 2012 ( i.e. twenty years after the commencement of production) the total number of devices sold, implemented and – what is the most important – being still in operation amounts to 220 units, including 122 laboratory analysers of various types (17 of them have been exported) and 98 devices and systems of on-line continuous-operation of various types (3 of them have been exported).